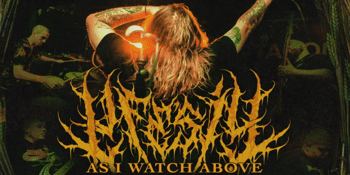 Life's Ill 'As I Watch Above' Tour

Forging a multitude of influences the band created a 7 track debut album which vowed to stand out from the pack with crushing & melodic guitars intertwining themes of abuse, addiction and mental struggle throughout the record.

Life’s Ill are supported by Adelaide’s Falcifer who also had an Invasion Fest appearance have been a force to be reckoned with as can be heard by their recent two track ‘Alone Again’ released though Greyscale Records. The band brings a menacing live show that is sure to be a hit in the pit.