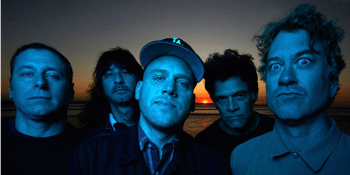 With CHUBBY AND THE GANG (UK)
Crowbar Sydney (Leichhardt, NSW)
Saturday, 21 May 2022 8:00 pm
122 days away
18 Plus
Punk
Rock
Send this event to
American rockers THE BRONX have today announced they are returning to Australia and New Zealand in 2022, playing their first Australian shows since 2018. The extensive tour will see The Bronx kick things off at Perth’s Amplifier on May 17, before heading to Adelaide, Newcastle, Sydney, Brisbane, Gold Coast, Melbourne, Geelong, wrapping things up in New Zealand in Wellington and Auckland’s Powerstation on May 31. Supporting them on the Australian leg of the tour will be West Londoners Chubby and the Gang.
Tickets go on sale at 10am, Friday Dec 17.

The Bronx formed in 2002, releasing their self-titled debut album the following year. Over the Los Angeles-based band’s 19-year career, The Bronx have released five original albums under their original namesake, and three albums under their alter ego, Mariachi El Bronx. Both iterations of the now legendary SoCal outfit have been hailed for harnessing the “unleashed cries of youthful blue-collar anguish” (Los  Angeles  Times), and for writing “hard-hitting and catchy hard rock tracks” (Loudwire). The Bronx is Matt Caughthran (vocals), Joby J. Ford (guitar), Ken Horne (guitar), Brad Magers (bass) and Joey Castillo (drums).
“The Californians have yet to release a subpar album, and that remains true with Bronx VI... THE BRONX continues to creatively wander wherever the hell they want to, and they make it sound so damn good.”-Blabbermouth Joining the Bronx for their first shows on Australian soil is the West London five-piece Chubby and the Gang. Made up of musicians from across the consistently thriving and criminally overlooked UK hardcore scene, Chubby and the Gang marinate its characteristic speed and sick-of-it-all energy in a mixture of 50s pop sounds. The result is a prickly take on the older, more melodic genres that punk derives from, chewing them up and spitting them out into something mangled but revitalised. Don’t miss The Bronx with support of Chubby and the Gang in 2022!